The Color of Money | Mises Institute
Skip to main content

The Color of Money 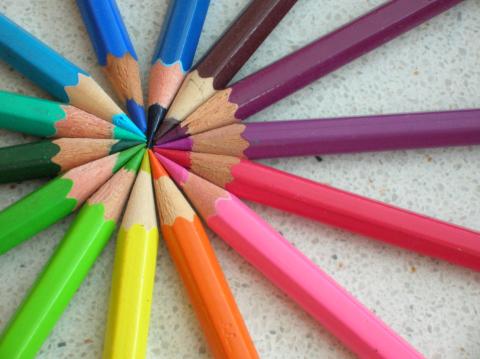 Ready for "Pinkbacks," that is, for Federal Reserve notes with a pink hue?

Yes, the Federal Reserve is continuing to experiment with new, more difficult-to-counterfeit paper money. First it was BIG FACES (along with the introduction of a variety of other counterfeit-proof characteristics into our Federal Reserve notes). Next, maybe, it will be color.

Indeed, for those of you who travel around the world, you probably already know that U.S. paper money is distinctive in being, well, boring. All the same size and not very much color. Gray on the front, except for the seal and the serial number, which are in green, along with green on the back.  Because of the green-colored back, U.S. paper money, a long time ago, came to be known as "greenbacks."

In contrast to U.S. paper money, most foreign paper money comes in multiple colors and in sizes that get bigger along with the denomination.  At least the new BIG FACES give our paper money a comical quality.

But from where, you might ask, did the U.S. style of paper money come?

Prior to the U.S. Civil War (or, as they call it here in Winchester, Virginia, the War of Northern Aggression), the U.S. government was hardly involved in printing paper money.  But then, during the war, both sides, the Union and the Confederacy, got into printing paper money big-time.

The North adopted a distinctive design for its paper money, which I show for the $1 note:

On the front, the note refers to its authority (an act of Congress, the constitutionality of which was in some doubt), and says that the United States (meaning the government of the United States) will pay to the bearer one dollar.

But wasn’t this note itself a dollar?

Although the legal tender quality of this and other greenbacks mucked up the distinction, a dollar was then defined as a measure of gold or of silver. (In practice, because the U.S. government overvalued silver at the time, a dollar was a measure of gold.) Therefore, this note was not itself a dollar, but supposedly could be turned in to the U.S. Treasury in exchange for an actual dollar.

I should also point out that, because of the suspension of convertibility, it was only after resumption, in 1879 (on the basis, effectively, of a gold standard), that the bearer could actually obtain gold--that is, an actual dollar--for the note.

It is on the back where the legal tender quality of this and other greenbacks is asserted: "This note is legal tender for all debts public and private except duties on imports and interest on the public debt and is receivable in payment of all loans made to the United States."

Thus, these notes were not backed by either gold or silver, but only by green ink (and an act of Congress of dubious constitutionality). Accordingly, they became known as greenbacks.

The Union could have avoided the constitutional morass and the injustice to creditors involved in making a paper money into a legal tender and still have met the financial exigencies of the war (presuming that the Union had to prosecute the war in the manner that it did) if it had issued non-legal tender Treasury notes. But unfortunately for our country’s subsequent monetary history, the Congress acceded to the administration’s request for issuing legal tender paper money, and the Supreme Court subsequently upheld the act as constitutional, reversing an initial decision to the contrary.

While I am obviously not a fan of greenbacks, they did serve the country well in certain ways. First, they were very difficult to counterfeit, compared with the notes that had been issued by hundreds of private banks prior to the Civil War. You can see the high-quality printing (i.e., "engraving") and the use of multiple colors on the obverse.

That there was high-quality printing on the reverse (from which the moniker greenback is derived) was another breakthrough in technology designed to thwart counterfeiting.

Second, they were standardized and thus easy to recognize, and they could easily circulate throughout the country.

Following the war, the government decided to resume convertibility through a policy known as "Grow to Gold." Instead of retiring enough of the greenbacks to quickly bring their market value in line with their stated value (in terms of gold), the government decided to leave the mass of greenbacks in circulation, but not increase their quantity, so that eventually the growth of the economy, and gradual deflation, would bring the market value of the greenbacks into alignment with their stated value.

To be sure, as the notes issued during earlier times wore out, they were replaced by newly printed notes. Hence, I display a couple of U.S. Treasury notes issued in 1880.  With these notes, the legal tender quality of the note is printed on the front, in small letters, within the top margin.

These notes also assert that the United States will pay to the bearer ten dollars or twenty dollars, depending on which. The difference was that that, following resumption in 1879, you actually could exchange the note for gold.

The U.S. Treasury notes of 1928 launched the general design that most people in the world immediately recognize as U.S. paper money (prior to the Federal Reserve’s recent introduction of BIG FACE money).

In the 1928 series, the legal tender quality of the money was printed over the seal, and the right of convertibility was printed under the portrait.

The 1963 series of U.S. Treasury notes differed from the 1928 series in a few trivial ways (such as the placement of the seal), and in a subtle but potentially very important way. Notice that the note no longer says, under the portrait or anyplace else, that the United States will pay to the bearer two dollars.

The note was no longer convertible because in 1933, in order to deal with the Great Depression, ownership of gold was prohibited to U.S. citizens (other than in forms such as jewelry and collectible coins).

Effectively, then, the piece of paper was itself two dollars.

To be sure, foreigners could still demand gold for the note, and maintaining foreign convertibility would, generally, limit the amount of domestic inflation. But even this impediment to inflation was ended in 1971 when Richard "We are all Keynesians now" Nixon closed the gold window even to foreigners.

While legal tender greenbacks are an affront to the original meaning of the Constitution and open the door for rampant inflation, during the late 19th century, the U.S. Treasury issued certain forms of paper money that served the country well in terms of being difficult to counterfeit. These were gold and silver certificates, easily identified by their gold and blue seals.  Insofar as paper money is, in certain transactions, more convenient to use than coins, this was useful.

One thing I like about the "fine print" of the gold certificates and the first two of the silver certificates is that they promise the bearer One Hundred Dollars In Gold Coin, or One Silver Dollar.  It is therefore clear that the purpose of this paper money was merely to reduce the cost of using gold or silver coins in transactions, not to increase the money supply.

In contrast, the $1 silver certificate of 1957 promises the bearer only One Dollar In Silver. When the government announced that it would stop paying out silver on these certificates, and many people queued up to get their silver, many of them were given, not silver dollars, but little bags of silver dust.

Back in the days when (full-bodied) gold and silver coins circulated freely, bankers, merchants, and government officials were concerned with the "wear and tear" on coins in circulation, and the risk and cost of transporting coins over distances.

Gold coins, even when gold was used in alloy form with a small amount of silver, were quite susceptible to wear and tear. Silver coins, excepting for the purpose of making change, were inconvenient because of their weight. Except during times of bank panic, the public was very happy to use private-bank-issued notes (just as today, the public is very happy to use checking accounts, credit and debit cards, and electronic money).

The real issue is not the color on the back of the money, but money’s real backing.