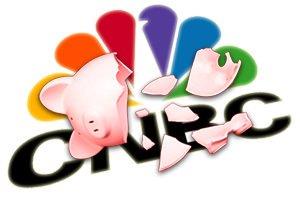 I realize it must be difficult to maintain a constant barrage of "just breaking" financial news stories, but CNBC really puts out some doozies. Take for example a recent article titled, "Higher Savings Rate Is Great, But What About the Economy?" When the title itself is nonsense — why would high savings be great if they destroyed the economy? — you know the article will be chock full of entertaining assertions and faulty logic.

The article opens with the news hook:

Households pushed their savings rate to the highest level in more than 15 years in May as a big boost in incomes from the government's stimulus program was devoted more to bolstering nest eggs than increased spending.

With apologies to Michelle Obama, let me say that for the first time in 15 years, I am proud to be an American. Most people in this country were living beyond their means from 2002 to 2006, in part because of an unsustainable housing boom set in motion through easy credit from the Fed.

Now that the bubble has burst, the obvious solution is for most people in this country to live below their means for several years. As all the data indicate, that is precisely what Americans in their private lives are choosing to do. Freedom works; market prices guide people to make the necessary adjustments after a big surprise.

The higher savings rate is healthy in the long term, economists said. But without vigorous consumer spending, the government may have to do more to revive the economy, possibly through further tax breaks and spending.

By now, we have all been desensitized to talk such as the above, but even so, let's go through it slowly and reflect on its vacuity. First, if "higher savings is healthy in the long term," then government deficit spending must be harmful in the long term! In terms of total savings, the government's increased debt counterbalances the private sector's increased thrift.

Behind all of the sophisticated models and diagrams, the basic intuition of Keynesianism is that spending leads to prosperity. This is such a crude, layperson view, that it is shocking to find it still so resilient in academia. Perhaps the only thing even cruder would be the theory that printing up dollar bills leads to prosperity. I hate to break it to you folks, but I've just described the two leading schools of thought on the matter.

In contrast to the Keynesian and Chicago School (at least when they're discussing depressions), the Austrians recognize that we don't need to "lie" to the market economy. If investors have poured trillions of dollars into mortgage-backed securities that were riskier than originally thought, those investors need to own up to the consequences. They're adults, they can handle the news.

If the government had minded its own business after the housing bubble popped, then interest rates (particularly for certain corporations) would have shot up, and "aggregate demand" may have fallen sharply. But those reactions would be the correct direction for the economy to take.

Yes, if households spend less today on consumption, in order to bolster their savings, then the downside is … less consumption today. Nobody denies that. Of course, the benefit is a better-funded retirement, or the ability to send the kids to college. So if households across the country are opting for less consumption today in order to have more wealth in the future, why are the politicians (and CNBC) trying to thwart their plans?

The sophisticated Keynesian will come up with a story about the "paradox of thrift," in which we all try to save more and end up broke. But c'mon, that's crazy. For one thing, countries with high rates of savings also have high rates of economic growth. Far from impoverishing a country, higher savings leads to higher investment.

Beyond that, the Keynesian call for "stimulus" spending is absurd on the face of it. It's true that there is a large coordination problem, when consumers suddenly cut back on their normal spending behavior. Businesses need to adjust to the new realities, and try to guess where people will be spending their dollars in the future.

But why would the government be any help in this process? How in the world does a one-shot $787 billion injection of spending on purely political projects do anything to help the private sector reconfigure itself to the new economic fundamentals after the housing bubble has popped?

Let's grab another quote from the article:

Economists are hoping that improved spending will help support a rebound in economic activity.

Nigel Gault, chief U.S. economist at IHS Global Insight, forecast that consumers would remain cautious going forward but that even dampened increases in spending should be enough to jump-start economic growth.

"We do expect spending to creep slowly higher in the second half of the year as the labor market deterioration becomes less severe," he said in a research note.

I really don't understand all the pussyfooting here. If it were really as simple as consumers "spending," why doesn't the government just levy a 95% tax on dividends and capital gains? Better yet, why not give the electric chair to anyone who saves more than 2% of his income?

I'm being serious. The federal government kills people to get its way all the time, so why should it be different when it comes to saving the entire global economy? If the American consumer is too dense to realize that it's in his own interest to blow his whole paycheck at the mall, then why not use some good old-fashioned coercion? That's what we do when it comes to drugs and the draft.

Oh wait, I just realized the source of the inconsistency. The reason the government doesn't force you to spend all of your money, is that you would reap the short-term benefits. Much better for the politicians to "borrow" money from you and spend it themselves on their favored projects.

It is a very basic mistake to assume that increases in consumer spending cause the economy to grow. The Keynesian equation, GDP = C + I + G + (X-M), is an accounting tautology. Total output (measured in dollars) must be equal to the summation of consumption, investment, government expenditures, and net exports.

In a recent blog post, Tyler Cowen gave the best illustration of this fallacy that I have ever read. In response to a reader asking which sector would drive the economic recovery, Tyler wrote,

[W]hen the word "drive" is used, we are smuggling in a causal category. There is no guarantee that any particular decomposition of the national income [identifies] the relevant causal components for what will "drive" recovery. How would it sound if you aggregated national income by zip code or county (or household) and asked where the boost to drive recovery would come from? Such an approach might not be on the right conceptual track. [Emphasis added.]

It's understandable that the politicians would get up there and propose that we lend them a few trillion dollars to hand out to their friends. But why do sober economists lend their voice to the madness, and why do financial reporters continue to quote them? Let's just hope it's all an honest mistake.