City of the Bubble 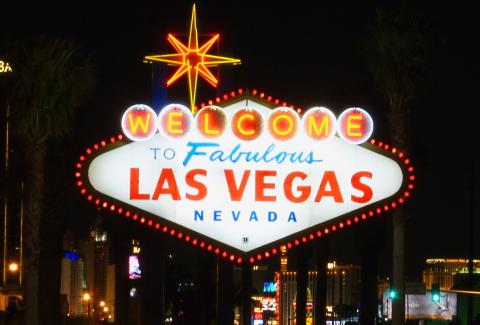 Tags Booms and BustsMoney and Banking

Las Vegas is one big bubble. Sin City's brand name has never been hotter. A channel surfer can find something on the tube involving Vegas, either fact or fiction, virtually and appropriately 24/7/365.

Casino gaming company stocks trade at enormous price/earnings multiples whether the companies are operating and profitable or just opening its doors as in the case WYNN. Even the stocks of publicly traded community banks in Las Vegas trade at rich multiples with the expectation that the economic party upon which these companies depend will continue forever.

Las Vegas residents can seemingly be divided into two groups, those who are real estate investors or developers and those who want to be. Why else would otherwise normally rational folks line up to hand over $5,000 or $10,000 checks to reserve high-rise condo units that they don't know what the eventual price will be or when or whether or not the project will even be completed.

A number of recent books have chronicled the financial bubbles of the past as the real estate and Vegas bubbles continue to expand. Edward Chancellor's Devil Take The Hindmost: A History of Financial Speculation is perhaps the best, and should be read by anyone urgent to plunk down money on a condo. The stock market was still ascending when the book was published in 1999. Those who read it then, reflected on the past, and sold their stocks were saved financial misery in 2000.

Chancellor takes the reader on a journey that begins in 1630's Amsterdam where tulip bulbs were the can't miss speculation and ends with the geniuses of Long-Term Capital Management being bailed out after these Noble-prize winners' mathematical trading models failed. The madness of crowds never wanes just the trading vehicles change. The author quotes financial journalist James Grant, "progress is cumulative in science and engineering but cyclical in finance."

A historian by trade, Chancellor's thoroughness is evident throughout the book that is densely footnoted with references spanning the entire philosophical spectrum.

Chancellor deftly chronicles the story of single tulip bulbs in Amsterdam being bid to prices that would have bought "twenty-seven tons of wheat, fifty tons of rye, four fat oxen, eight fat pigs, twelve fat sheep, two hogsheads of wine, four tuns of beer, two tons of butter, three tons of cheese, a bed with linen, a wardrobe of clothes, and a silver beaker."

Other famous bubbles such as the South Sea scheme are examined fully as are the lesser known Canal and Railway manias.

"America's vast wilderness invited speculation," Chancellor writes, and the founding fathers were right in the thick of things. George Washington formed a company to purchase land in the west, as did Benjamin Franklin and Patrick Henry. Thomas Jefferson and Alexander Hamilton were also "land jobbers."

The Civil War period saw intense speculation in stocks, bonds and gold after Congress passed the Legal Tender Act and greenbacks were printed profusely to pay for the war.

The new economic era of America in the 1920's was a breeding ground for soaring stock prices as the Federal Reserve created massive amounts of money to finance WWI. Even the best and brightest believed the new era of prosperity was intact. "Stock prices have reached what looks like a permanently high plateau," Yale economist Irving Fisher declared but just a few weeks prior to the October 1929 stock market crash.

"Gold represented the antithesis of speculative values," Chancellor rightly acknowledges in discussion of another era of financial speculation the Bretton Woods collapse sparked. When Richard Nixon's closing of the gold window in 1971 severed the last vestige of dollar convertibility into gold, "money became only a figment of the imagination, weightless and ethereal. In this new world where all monetary values were in flux, speculation was destined to play a greater role."

However, the author's occasional preaching does not detract from his numerous valuable insights. "Perhaps more than anything the bubble economy illustrates the danger that arises when investors believes that market risk is shouldered by the government rather than themselves," Chancellor wrote about the 1980's Japanese market mania and collapse.

Words to remember the next time a financial commentator contends the Federal Reserve will not let the housing market collapse.