GET NEWS AND ARTICLES IN YOUR INBOXPrint
A
A
Home | Mises Library | Per Bylund: Silicon Valley Is Bad At Entrepreneurship.

Per Bylund: Silicon Valley Is Bad At Entrepreneurship. 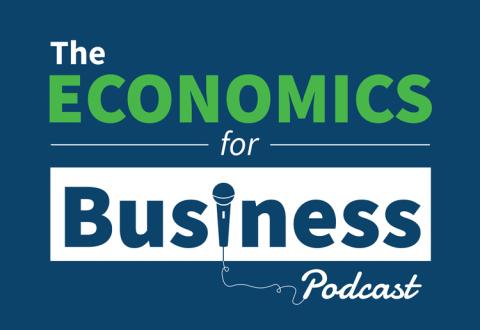 Our goal at Economics For Business is to help entrepreneurs and their businesses succeed. Per Bylund and Hunter Hastings discuss the true implications of the current furor over the anti-market behavior of some of the Big Tech companies of Silicon Valley. They are destroying value and consuming capital. Why? How can this happen?

Where Is the consumer?

The Austrian business model emphasizes that the consumer is in first position. The goal of entrepreneurship is the creation of new value, and Austrian entrepreneurs understand that value is an experience, and evaluation is in the consumer’s mind. Entrepreneurs facilitate value experiences, via an understanding of what consumers will value, and of gaps or shortfalls in the value propositions from which they choose today. Business success lies in filling the gaps and solving the shortfalls.

Technology-driven means not thinking about the consumer

The histories of many Silicon Valley tech firms reveal that they started out to build a technology, one that performs efficiently, automates effectively, and exhibits cool features. There’s a pride in engineering, as there should be. But even the most beautiful technology can’t succeed without consumers in mind. The technology-driven approach to innovation must not contravene the principles of the consumer-driven approach to value.

When consumer value is not the business model

Facilitating consumer value is a business model. Value is a learning process for consumers, of which exchange value (paying in dollars for value anticipated) is a component part. The revenue model for the entrepreneurial firm consists in earning this exchange. It’s all integrated. Some Silicon Valley companies (Google, for one) accepted investor funds and began operations without a business model in place. When consumer value is not integral to the firm, it’s quite possible that they lose their grip on the concept. They don’t create value for consumers, or for the economy. Or for investors, for that matter — they’re using investor funds in ways the consumer does not value.

In many Silicon Valley models, consumers are creators of content for the technology company to control, analyze and re-sell as data to the advertiser. Consumers are creating value for the platform, not vice versa.

Monetization as an afterthought

We often hear the word “monetization” in descriptions of Silicon Valley business models. The word itself is quite revealing. It certainly doesn’t connote a commitment to serving the consumer. Monetization is the search for a revenue model after the technology is launched. Many of the monetization schemes are advertising-based, which can be problematic. They are often value-destroying for consumers, especially in the “interrupt and annoy” formats that are common on the internet today. Advertising is certainly not innovative — it’s been around for a very long time, long before Silicon Valley came into existence. When firms are selling consumers to advertisers, their commitment to consumer value becomes secondary.

It’s not that B2B business models are any less valid than B2C. The key is to remember the Austrian principle that value in any stage of the production chain is made possible only if there is consumer value at the end of the chain. Microsoft, for example, is a technology company primarily focused on B2B value propositions in areas like business productivity. They always have an eye on the next stage in the value chain: improved business productivity and efficiency enable Microsoft’s customers to, in turn, produce lower-cost consumer services and enhanced consumer experiences. Microsoft has its eye not only on the immediate B2B customer but also on the next stage of the value chain.

Ultimately, the kinds of Silicon Valley companies to which these observations apply face a cultural problem. Consumer value and consumer service are not a sufficient part of their DNA. They were founded and developed to nurture technology — in some cases, brilliant technology, in others more mundane; they found technical ways to reach mass distribution based on the new power laws of digital networks; they found bolt-on monetization schemes that responded to mass reach. Culturally, the idea of consumer value has never been central to them.

Perhaps that’s why, today, we see Twitter censoring its users and throwing them off the platform, angering many more.

The value promise of today’s digital products and digital markets is exciting for consumers. The term “generative” has been coined to describe the new characteristics of products that give consumers leverage – make their jobs easier; that provide adaptability so that consumers can change them to suit their own purposes; and that are easy to master and easy to access. The spirit of generativity lies in unleashing end-user creativity.

Some Big Tech companies don’t seem to believe in the generativity of their products and their consumer relationships. They prefer centralization and control. They want to collect and control consumer data and turn it into their own closed products. That’s why they need so many engineers to build the algorithms and the data banks. That’s why they need so many content monitors to project their control. They are centralizers in a world of decentralization. This leaves them open to disruption by the next generation of entrepreneurs who start their journey from the point of view of what consumers value.

Protocols, Not Platforms: A Technological Approach to Free Speech by Mike Masnick: Mises.org/E4E_101_PDF2

Who are modders, what do they do, and what can we learn from them? Gordon Miller has studied this important...