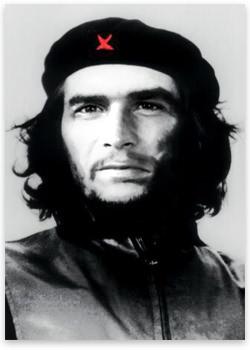 Anyone who has read a good economics book would be quickly reduced to laughter and tears by George Bush's ridiculous economic address to the nation. He put on his 9-11 suit and tried to warn Americans about the impending disaster: that their access to an infinite stream of paper money might be imperiled if they don't cough up hundreds of billions immediately. It is very tempting to go line by line and shout back.

I'm a strong believer in free enterprise, so my natural instinct is to oppose government intervention. I believe companies that make bad decisions should be allowed to go out of business."

And this is why he nationalized airport security, created huge new bureaucracies, spent more than any president in American history, centralized control of education, put up more protectionist barriers than Clinton and Bush Sr. combined, bailed out airlines, presided over the Sarbanes-Oxley reign of terror, unleashed antitrust regulators, intensified health-care controls, and pretty much used every headline as an excuse to demand more money and power?

The FDIC has been in existence for 75 years, and no one has ever lost a penny on an insured deposit, and this will not change.

But the penny itself has lost 94% of its value in those 75 years precisely because of institutions such as the FDIC and the Fed. Does he really think we are that foolish?

Here is my favorite:

The problems we're witnessing today developed over a long period of time. For more than a decade, a massive amount of money flowed into the United States from investors abroad because our country is an attractive and secure place to do business.

So those nasty foreigners did it to us, huh? Maybe it was Bin Laden who sneakily tried to create a credit bubble by investing in US stocks!

And here is his description of the grave calamity we face:

As uncertainty has grown, many banks have restricted lending, credit markets have frozen, and families and businesses have found it harder to borrow money.

Imagine that! We might have to live within our means for a bit. That would actually be a wonderful thing. Maybe a recession would last a year or 18 months, and then we would be back on solid footing again. He very nearly admits that too much credit is what created this mess. So he proposes more credit so that we can continue to live on too much credit. And then what happens next time? Ever more credit? This path ends in Weimar-level inflation and total destruction.

What is striking here is the level of public opposition. Polls show it somewhere between 55 and 90 percent, depending on the way the question is worded. Also, it is wide and deep opposition. It is made up of Democrats, Republicans, liberals, conservatives, blacks, whites, rich, poor, men, women — just about everyone, with no systematic bias among the polled groups. In other words, we have here a wonderful thing: a clash of group interests, as Mises would say. It is the state and its friends vs. the American people.

That doesn't mean that Congress won't pass something or other. The administration is prepared to pay off every member. And yet the proximity to the election complicates matters. A lost election means no payoff, no matter what. If public anger is intense enough, these guys might balk in the end.

This would be a glorious result. The "credit crisis," as Bush describes it, is nothing more than the kind of crisis a college kid faces when his parents cut back on the deposits to his checking account. It means less high living, a few more nights moping in the dorm rather than going out with his drinking buddies. It does not mean the end of the world.

The market is working now to make things right, to eliminate bad debt and get us back on a sound economic footing. The government can help by legalizing alternative monies, cutting regulations, cutting spending and taxing and wars (as Ron Paul says), but otherwise by doing absolutely nothing. Lehman failed on its own and yet life goes on. The same should happen to Goldman, Morgan, Bear, GM, and all the rest.

Free enterprise is a profit and loss system. This is a time of losses, stemming from an overinflated credit sector — one that the Austrian economists have warned about for many years. Listen to the Austrians now and permit the failures to occur.

By the way, since when has it been an article of our national religion that the economy must never, ever, under any circumstances, be permitted to fall into recession, even slightly? This is completely insane.

The books you need to get to your congressman and staff now are America's Great Depression and The Mystery of Banking. The first explains that it was credit expansion and the attempt to keep prices high that prolonged the Depression, which would otherwise have ended by 1931 or 1932. On this point Bernanke is all wet.

The second book explains how money and banking work in a free market, as opposed to a subsidized, fiat-money, centralized system. These are the two most essential books of our time, because they completely overthrow the prevailing theory behind the bailout.

Our choice is this. We can buckle down for a year-long recession and then get on the path to financial and economic soundness. Or we can set off a calamity that will last a decade or more, and perhaps even wreck civilization as we know it. That's our choice.