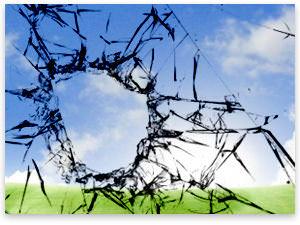 Another hurricane strikes, and, as always, it has been followed by another round of pundits proclaiming that it will boost the economy.

The broken-window fallacy lives on.

But with the lessons contained in the following resources, you can easily blow down the fundamentally flimsy arguments of the hurri-Keynesians.

This short film, created by intrepid Mises University students in 2010, is a splendid introduction to the broken-window fallacy:

The great Frédéric Bastiat was the first to tell the "Broken Window" story, pointing out the fundamental error involved in extolling destruction for the business it "creates." The story can be found in his classic essay, "That Which Is Seen, and That Which Is Not Seen," which is included in The Bastiat Collection.

Henry Hazlitt retold the broken-window story, and applied its lesson it to many modern economic issues in his powerful Economics In One Lesson. In the 1978 edition, he made an extremely important point that counters those who point to the "modernization" that follows a disaster, whether man-made or natural:

The simple truth is that there is an optimum rate of replacement, a best time for replacement. It would be an advantage for a manufacturer to have his factory and equipment destroyed by bombs only if the time had arrived when, through deterioration and obsolescence, his plant and equipment had already acquired a null or a negative value and the bombs fell just when he should have called in a wrecking crew or ordered new equipment anyway. (emphasis added)

Many Keynesians dismiss the point of the Broken Window story as only applying in conditions of "full employment." As Peter Klein writes,

W.H. Hutt's powerful and underappreciated critique of Keynes, The Theory of Idle Resources (1939) attacks this core Keynesian concept. As Hutt explains, all resources have alternative uses, and even "idleness" is a use, in the sense that the resource owner prefers to hold the resource for a future, as-yet-unavailable or unimagined use — a real option, if you like. Dragooning such resources into some random use, outside the price mechanism, serves no productive purpose. Even outside the mythical world of "full employment," there are no free lunches.