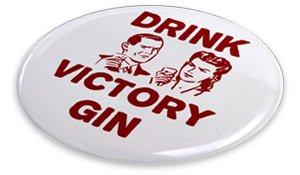 When the bailout passed last week, no one was surprised. In fact, what looked like a principled opposition to massive legal theft on Monday was transformed into a done backroom deal by Friday once the bill ballooned from three to 400-plus pages, filled with crumbs that congressmen could throw to their districts. It may be that, 25 years from now, economic historians will note socialized credit markets came to America in exchange for production credits for "marine renewables" and new regulations for "residential top-load clothes washers," which were among many of the riders added to the bailout legislation as the infamous week wore on.

Personally, I am still a long-term optimist, but as a student of the Depression I know that Congress and the executive can do much damage before the long term gets here, and indeed, they can delay its arrival indefinitely. Will the conservatives who supported this legislation lay into a President Obama two or three years hence, in the event that the economy devolves into a repeat of the 1970s, thanks in large part to government's attempt to forestall market forces over the last two weeks? This seems likely. Our current problems resulted from the infusion of credit in the past. To think that infusion today will not have the same effect in the future is to challenge pesky things like natural and economic laws.

Since societies that challenge them risk peril, I thought it may be helpful to at least identify some of the people whose actions and ideas helped turn the tide last week. Their numbers are many, and any list will by necessity be abridged. Still, if the health of a society and culture is related to the quality of the theories that are accepted, then knowing some of the sources of bad theories is key for turning the tide back again.

Besides, blame games can be fun. My own version involves taking a swig of Victory Gin whenever the following names pop up in bailout analyses.

He predicted this, sort of, in the fifth plank of the Communist Manifesto, which discusses the inevitability of socialized capital markets in the capitalist countries. The problem is that he believed this would happen because of inherent characteristics in the market system, whereas in truth there is nothing within capitalism per se that motivated Messrs. Bush, Paulson, and Bernanke. In terms of understanding capital, Marx fails in comparison to the Austrian Eugen von Böhm-Bawerk, while those who want to understand the underlying forces explaining government growth would best avoid Marx and read Böhm-Bawerk's student, Ludwig von Mises, on economic interventionism. Nonetheless, there is great irony in the fact that, 17 years after the fall of the Soviet Union, the United States decided that market forces fail when it comes to capital. Somewhere, this slovenly German malcontent must be smiling.

You may not know this name or how it relates to our current mess, but rest assured, it is closely tied to it. This is because Halprin designed the pretentious and misleading memorial to Franklin Roosevelt that is on the National Mall in Washington, DC. Passersby learn how fear is a great justification for government expansion, which helps inform how the promulgation of unfounded fear was key to the bailout's success last week. They also learn how Roosevelt's "bold" actions, in the midst of the Depression helped combat it. This is also a myth. As my Mises Institute colleague Bob Murphy noted in an email last week, the facts are that Roosevelt's bold interventions prolonged the Depression, turning it into the only market correction that is associated with an entire decade. (The Depression actually lasted 16 years.) Yet somehow, today, questioning the Roosevelt Myth is like pointing out that the emperor has no clothes. Halprin's contribution in promoting this myth was poignant last week. Are there similar shrines dedicated to Stalin (to whom FDR referred warmly as his Uncle Joe) somewhere on the outskirts of Moscow, replete with the man in grandfatherly pose and pet dog nearby?

One cannot discuss the centralization of power in the 20th century without noting the contribution of this senator from Kansas who spearheaded the 17th Amendment into the Constitution. Before Bristow, senators were selected by state legislators, but after him, senators were selected through popular election. The result has been the nationalization of senate elections, irrelevance of state legislatures, weakening of states' constitutional check on the executive branch, and diminution of states' rights. Given the bailout's overwhelming political opposition, it is hard to believe that a senate that had to answer to state legislatures would have supported this bill. Murray Rothbard once wrote about repealing the 20th century. If this isn't possible, then we should settle for repealing the Progressive Era instead.

He ran as a compassionate conservative and promised a humble foreign policy, but governed as the reincarnation of Woodrow Wilson, Franklin Roosevelt, and Lyndon Johnson all tied into one. (One could argue, along with Bill Kauffman in his highly recommended book, Ain't My America, that the Johnson and Bush presidencies illustrate what a bad deal Texas's annexation has turned out to be for republican government.) Although Bush inherited a recession, this more severe one can be explained by his expansions of bureaucracy and debt, which have occurred at such record levels that his likely successors, though men of the Left, are welcomed because they could be viewed as being to Bush's right. Furthermore, the doubling of the national debt in seven years (and increasing it by a half trillion dollars in the last two weeks alone) is one of the primary unstated reasons for credit problems today, which explains the political desire to blame Wall Street.

This does not refer to a single person, of course, but rather to people like Hank Paulson, John Mack, Chuck Prince, Stan O'Neal, and others who fed the housing bubble in the 2000s and have been successful in forcing taxpayers — the poor and working classes especially — to assume risks investment banks could have assumed with their own resources (according to financial analyst Peter Boockvar). Will anyone view Arturo di Modica's Charging Bull bronze statue on Wall Street, which once symbolized "the strength and power of the American people," to mean anything else than, well, bull? It should be melted down, and used as a competing commodity money to the dollar.

My guy may be much like your guy, in that he is of his district's dominant political party and faces weak opposition in next month's election. He emphasizes the social issues that are important to his constituency, and this allows him the freedom to vote against its wishes when he can thereby accrue political and economic rents in Washington. My guy claimed that his calls against the bailout ran at 300 to 1, but since he is strongly pro-life, he knows he can deviate from his district's wishes. Hence, he is an arch-redistributionist and logroller extraordinaire. Congress never was an institution that protected human freedom, but this was less relevant in a constitutional republic. But it isn't today, and for that we can thank (in part) …

By demeanor, Herb Stein was a lovable and funny man, and very smart. (I worked a few steps from his office once, as a college intern.) But in terms of his professional contribution as Richard Nixon's chief economic advisor, Stein played the role of buffer between Nixon's desire to socialize and the market's desire to correct, and in the process he set the standard for many DC-based economists who advocated the bailout last week. The early 1970s were similar to today in that they followed years of political manipulation of the economy, leading to a major correction, which led to a crisis for the political class and the need to socialize in order to avoid it. In Stein's case, it was his reputation as an economist working behind the scenes that enabled Nixon to close the gold window and establish the dollar as a fiat currency and therefore enable the largest wealth redistributions in history. Stein's example reminds one of the full cost of public financing of intellectual activity. Let's add the bailout to this cost.

Since we are discussing intellectuals, why not this important contributor to the free society who nonetheless argued that noncommodity money could exist? However faulty the institutions were that contributed to the crisis and the ensuing bailout, their damage was surely exacerbated by the endless supply of liquidity that is justified when money is misdefined.

He came from a working-class family in Seattle and through political connections he became chairman of Fannie Mae in the 1990s. His expansion of the political misuse of his GSE greatly contributed to the housing bubble and the consequent downward pressure on housing prices today. Though he left Fannie in disgrace, he was given a compensation package worth tens of millions of dollars. Should we take solace in the fact that this money will be worth much less in upcoming years, in inflation-adjusted terms, thanks to the bailout?

Frank is the Massachusetts congressman who muscled this bailout through the House, first when it failed and later when it passed. In his public statements last week, his message, over and over again, was that the economy is sick and dying, and needs the life support that only looting the taxpayers can provide. As Sheldon Richman noted in his excellent economics blog, Frank (and his confederates) "were choking the American people and while doing so, they picked the people's pockets and handed their money to Wall Street."

So that's my list, incomplete as it is. There are others who deserve mention. I'd be interested in hearing readers' additions to it, either through email or the link to this article at the Mises Institute's blog.