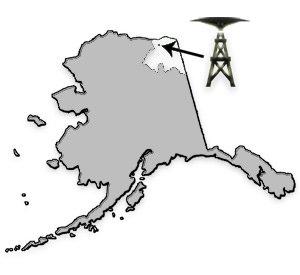 In a previous article, I showed that the proposals to curb "excessive" speculation in oil futures markets were based on ignorance of how the market coordinates production and consumption over time. In the present article, I will explore the issue of opening up the Arctic National Wilderness Refuge (ANWR) to oil drilling. We'll see once again that even friends of the market often don't fully understand its power to fix problems.

The Standard Argument Over ANWR

With record oil prices, many on the Right (as defined with today's labels) have understandably called for the federal government to remove its restrictions on oil exploration and drilling in ANWR (located in Alaska) as well as other federal lands and offshore water areas.1 They point out that these federal restrictions, in conjunction with local environmental activism, have resulted in the absurd situation where 94 percent of federal land, and 97 percent of federal offshore waters, are not being leased by energy companies. The US government itself estimates that its own prohibitions currently render 18 billion barrels in the outer continental shelf (OCS) and 19 billion barrels located under federal lands off limits. Note that these are very conservative estimates, because nobody has gone out and extensively explored the areas where it is illegal to extract oil!

Of course, calls to open up domestic areas for drilling horrify environmentalists and others on the Left, who liken the move to giving a junkie one more fix rather than dealing with his addiction. One of their strongest arguments is that ANWR drilling isn't a real solution for today's crisis, since

Faced with this response, the people on the Right have typically come back with a few zingers. First, they point out that the critics of drilling have provided alternative proposals (development of renewable energy, conservation measures such as raising CAFE standards, etc.) that would also take years to kick in. They also frequently mention that this ten-year lag would have been over by now, if President Clinton hadn't vetoed the attempt to open up ANWR back in 1995.

Yet there is an even stronger argument for opening up ANWR: because of its impact on oil prices in the future, relaxing federal prohibitions would cause current oil producers to change their pumping decisions right now. Even though the additional barrels from ANWR wouldn't physically hit the market for years, current knowledge of this fact will alter current behavior, leading to rapid relief at the pump.

Though compelling, this argument is subtle and has only recently gained attention. I myself didn't bat an eye when experts in the industry told me (last year at a briefing) that opening ANWR wasn't a near-term solution. It wasn't until a colleague passed along an unpublished paper by Coats and Pecquet that I considered the impact of future supply increases on current production decisions.

Once I heard the argument, it was obvious and I couldn't believe I had missed it. I began using it wherever I could, and was very glad to see that the respected Martin Feldstein made the case in the Wall Street Journal. Hopefully, proponents of ANWR drilling will now feel confident to repeat the claim. In the remaining space, I'll spell out the argument as simply as possible, because, admittedly, at first it sounds too good to be true.

Imagine that you are sitting on a huge oil deposit, which has (let us suppose) one billion barrels that can be brought to the surface for $20 each, so long as you don't pump more than one million barrels per day. (If you want to pump at a higher rate, you have to spend more money per barrel, and you might reduce the total number of barrels you can extract from the deposit.) So the question is, how fast should you pump?

You might at first think that you should pump at the maximum extraction rate, without raising your marginal costs — i.e., that you should pump at one million bbls/day. But this clearly is wrong, if you expect oil prices to keep rising. Why sell 365 million barrels in 2008 at an average of $150 each, when you could postpone production for a year and then sell those same million barrels for, say, $200 each?

In light of this consideration, maybe you think you should just hold your barrels off the market forever. By letting them sit in the ground, the market value of your asset rises over time, as the market price of oil rises.

But that isn't necessarily the right thing to do, either. What if oil prices rise an average of only 10 percent per year over the next two decades? Do you really want to put all your eggs (oil) in one basket, by leaving them sitting underground? Especially if your deposit is located in the Middle East, you might feel more comfortable selling off some of the oil now, and then using the revenue to buy stocks and bonds, not to mention a few surface-to-air missile silos. (And of course, you could be wrong in your forecasts; maybe oil prices will tank in two years.)

My point here isn't to come up with the "optimal" extraction plan for an oil producer; since I'm not in the business, there are undoubtedly considerations I would overlook. But what I will say is that the expected price of oil in the future plays a very important role in these decisions. As always, a liquid futures market allows oil producers (and consumers) to make much more confident plans, because they can lock in prices for future transactions. For example, the oil producer doesn't have to simply guess that he can postpone production today, in order to sell next year at $150 per barrel; he can sell futures contracts to make sure of it (assuming he can find a buyer at that price).

Now what happens if we are at an initial equilibrium, and then all of a sudden the US government relaxes the prohibitions on ANWR drilling? If oil traders really believe the policy shift is permanent, and that up to a million extra barrels will be hitting the market in a decade, then this will obviously reduce the expected world price of oil starting at that time. Consequently, any oil producers who had previously settled on a production rate with "excess capacity" — i.e., where they could have produced and sold more barrels today, but decided not to for reasons of profit — will re-evaluate their decision.

Without specifics we have no idea how much the new information will change their output plans, but surely they will pump more in the present than they had previously decided.

If we step back and survey the big picture, what would happen is that the market in a sense would be transferring some of those future ANWR barrels to the present. It's true, the market doesn't have recourse to time machines. But physical barrels of oil that would have otherwise sat underground in 2008, 2009, and so on, will now be brought to the surface and sold, because they have been displaced by the barrels currently buried in Alaska that will be brought to the surface and sold in 2018, 2019, and so on.

If this seems too theoretical and farfetched, consider this: In May, the Saudis officially rebuffed President Bush's request for them to increase their output. Yet one month later, they reversed their position. What changed in the interim?

Obviously I don't know for sure what motivates oil barons, but the political mood in the United States shifted in between those two announcements. All of a sudden, opening up ANWR and offshore areas for drilling was "on the table." The mere possibility of an extra million or more competing barrels per day may have been enough to reverse the Saudis' stance.

Market prices help coordinate actions over space and time. To the extent that it is physically possible, the market will exploit the availability of new future supplies in order to provide immediate relief. The time lag involved should be no deterrent to opening up ANWR (and other prohibited areas) for oil development.

Beyond that, the ideal solution would be to completely privatize federal lands, so that the decision of whether or not to drill would no longer be a political one.