The Anticapitalistic Bias of American Intellectuals 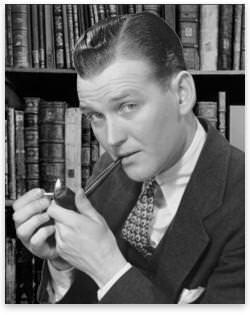 [The Anti-Capitalistic Mentality (1954). An MP3 audio file of this article, narrated by Colin Hussey, is available for download.]

The anticapitalistic bias of the intellectuals is a phenomenon not limited to one or a few countries only. But it is more general and more bitter in the United States than it is in the European countries. To explain this rather surprising fact one must deal with what one calls "society" or, in French, also le monde.

In Europe "society" includes all those eminent in any sphere of activity. Statesmen and parliamentary leaders, the heads of the various departments of the civil service, publishers and editors of the main newspapers and magazines, prominent writers, scientists, artists, actors, musicians, engineers, lawyers, and physicians form together with outstanding businessmen and scions of aristocratic and patrician families what is considered the good society.

They come into contact with one another at dinner and tea parties, charity balls and bazaars, at first-nights and varnishing days; they frequent the same restaurants, hotels, and resorts. When they meet, they take their pleasure in conversation about intellectual matters, a mode of social intercourse first developed in Italy of the Renaissance, perfected in the Parisian salons, and later imitated by the "society" of all important cities of western and central Europe. New ideas and ideologies find their response in these social gatherings before they begin to influence broader circles. One cannot deal with the history of the fine arts and literature in the 19th century without analyzing the role "society" played in encouraging or discouraging their protagonists.

Access to European society is open to everybody who has distinguished himself in any field. It may be easier to people of noble ancestry and great wealth than to commoners with modest incomes. But neither riches nor titles can give to a member of this set the rank and prestige that is the reward of great personal distinction. The stars of the Parisian salons are not the millionaires, but the members of the Académie Française. The intellectuals prevail and the others feign at least a lively interest in intellectual concerns.

Society in this sense is foreign to the American scene. What is called "society" in the United States almost exclusively consists of the richest families. There is little social intercourse between the successful businessmen and the nation's eminent authors, artists, and scientists. Those listed in the Social Register do not meet socially the molders of public opinion and the harbingers of the ideas that will determine the future of the nation. Most of the "socialites" are not interested in books and ideas. When they meet and do not play cards, they gossip about persons and talk more about sports than about cultural matters. But even those who are not averse to reading, consider writers, scientists and artists as people with whom they do not want to consort. An almost unsurmountable gulf separates "society" from the intellectuals.

It is possible to explain the emergence of this situation historically. But such an explanation does not alter the facts. Neither can it remove or alleviate the resentment with which the intellectuals react to the contempt in which they are held by the members of "society." American authors or scientists are prone to consider the wealthy businessman as a barbarian, as a man exclusively intent upon making money. The professor despises the alumni who are more interested in the university's football team than in its scholastic achievements. He feels insulted if he learns that the coach gets a higher salary than an eminent professor of philosophy.

The men whose research has given rise to new methods of production hate the businessmen who are merely interested in the cash value of their research work. It is very significant that such a large number of American research physicists sympathize with socialism or communism. As they are ignorant of economics and realize that the university teachers of economics are also opposed to what they disparagingly call the profit system, no other attitude can be expected from them.

If a group of people secludes itself from the rest of the nation, especially also from its intellectual leaders, in the way American "socialites" do, they unavoidably become the target of rather hostile criticisms on the part of those whom they keep out of their own circles. The exclusivism practiced by the American rich has made them in a certain sense outcasts. They may take a vain pride in their own distinction. What they fail to see is that their self-chosen segregation isolates them and kindles animosities which make the intellectuals inclined to favor anticapitalistic policies.

This article is excerpted from The Anti-Capitalistic Mentality (1954), chapter 1, "The Social Characteristics of Capitalism and the Psychological Causes of Its Vilification." An MP3 audio file of this article, narrated by Colin Hussey.