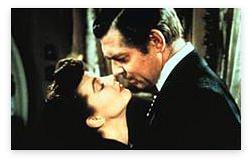 An ex-girlfriend once told me, "You treat me like a piece of property." As an economics major, my first reaction was: How great that the center of my affection truly understands the way I feel! Butterflies in my stomach, rainbows, unicorns, big red hearts shot through my enamored mind. When someone truly understands you, what can you feel but joy?

If I treated her as if she were my property, after all, it means that I would take care of her, protect her, and treat her well above all things not in my possession.

Suddenly, I realized the look on her face did not reflect the combusting happiness within me.

Then, I realized my error. We are all self owners, she as much as I. But let's say I were treating her like property. That raises the extremely important issue:

"Do you mean public or private property?"

Well, she never answered verbally, but she did proceed to administer a big red slap mark across my face. I'll never truly know what I did wrong, but such is the life of a lonesome economics student. I never saw that girl again.

Of course, we care about private goods over public goods. When your personal computer breaks, you not only share the loss of data, but also the sweat and labor utilized in the purchasing your computer. When a public library computer breaks down, no one cares. No one spent a straight month saving for the computer. No one felt personally attached to the machine. The title to it cannot be transferred.

The first conclusion one might reach is that if no one cares, then the computer doesn't matter in the first place. The actual truth is that people were likely using the computer for necessary purposes. Imagine having to use a service everyday that no one is responsible for. Oh sorry, you don't have to imagine that at all. You've probably driven down a government road today or plan to do so later on.

Privately owned companies adjust to the needs of their customers. If there is too much traffic on the road or the road is not paved well enough, adjustments will be made in the name of profit. Any profit maximizing company would make adjustments to meet the consumer not from their humanitarian hearts but from their wealth-maximizing goals.

Government roads are public property. There is no incentive to make things better. The only incentive for improvement is through political economy. A politician feels that interest groups will vote for him or her if the roads are improved. In that case, there may be a small improvement. Usually, these improvements will last only a short period of time. Politicians don't build roads that last forever. They build roads that generally last as long as their political careers.

When too much traffic or wear on roads becomes a problem, governments generally blame the people who use the roads. In reverse, a private company blames itself when a product is not meeting expectations and changes the product in order to better suit the consumer. Murray Rothbard in For a New Liberty masterfully makes this distinction by saying:

"Thus, if consumer demand should increase for the goods or services of any private business, the private firm is delighted; it woos and welcomes the new business and expands its operations eagerly to fill the new orders. Government, in contrast, generally meets this situation by sourly urging or even ordering consumers to "buy" less, and allows shortages to develop, along with deterioration in the quality of its service.

"Thus, the increased consumer use of government streets in the cities is met by aggravated traffic congestion and by continuing denunciations and threats against people who drive their own cars. The New York City administration, for example, is continually threatening to outlaw the use of private cars in Manhattan, where congestion has been most troublesome.

"It is only government, of course, that would ever think of bludgeoning consumers in this way; it is only government that has the audacity to 'solve' traffic congestion by forcing private cars (or trucks or taxis or whatever) off the road. According to this principle, of course, the 'ideal' solution to traffic congestion is simply to outlaw all vehicles!"

What happens if a private road becomes too congested or a private company tries to raise prices too high? This seems like a very reasonable argument. I mean you "have" to use roads, correct? Libertarianism, in my opinion, is a belief in free people. It's a belief that we can make our own decisions. Government's job is to dissuade the belief that everyone can make reasonable decisions. We're told that government has to keep order with roads and traffic. We're not "smart" enough to make decisions through private companies about road building. There needs to be a central planner.

If roads get too congested, people will react to the situation. It currently takes me ten minutes to drive to the grocery. This means that at times I drive over and pick up a few things that I may have forgotten. If the same trip took me 2 hours, I wouldn't go as often. If the road is privatized and charges a toll of any sort, the private company wants me driving as much as possible on the road. For the most profit, it is in the interest of the private companies to make the roads as smooth and accessible as possible.

The problem of a specific road "monopoly" does not hold up either. Sure, it takes me ten minutes to get to the grocery store in the most efficient way possible. But, could I take a fifteen minute route to avoid a charge. Sure, I could. Different companies in road ownership would have different competing prices to encourage drivers on their roads.

I do not understand exactly how roads would be privatized in every community in the world. I also don't know how Ford runs its assembly lines. What I do know is that the same companies, which are conglomerations of tiny know-hows, will solve the problem. The same companies that can bring fresh bananas from South America to Croatia and put airplanes into the sky will take care of roads in the name of private property and profit.

We cannot explain how to make the road, but with profit incentive the road will exist and it will be more efficient. People will organize to create a profit for themselves. This occurs in every business from the CEO to the lowliest janitor.

Now, what about public libraries? Politicians promote these areas as ways to spread internet access to people who cannot afford it. But free internet is more available than ever not because of government, but thanks to the free market. The answer is internet coffee shops. These places often offer free or low-priced network access. The last time I checked, there are more coffee shops than public libraries. The coffee shops that don't offer internet will have to compete with the ones that do. In the end, cheap internet and computers will be spread through the market not through government.

This very special Valentine's Day, think of one thing. We love property. We take care of property and have a concern for its future. "The program of liberalism," writes Mises, if condensed into a single word, would have to read: property.

Public property is a misuse of hard earned money stolen through tax.

And a final word of advise for lovers: If your beloved is not treating you at least a little bit like a piece of private property, it's time to rethink this romance.