GET NEWS AND ARTICLES IN YOUR INBOXPrint
A
A
Home | Mises Library | You Call This Investment?

You Call This Investment? 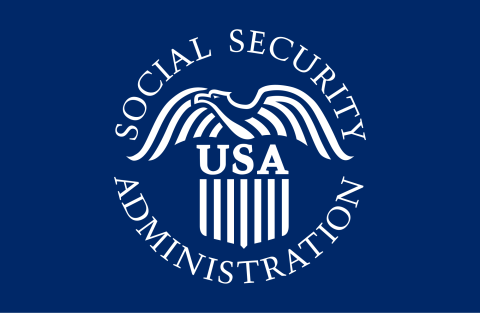 Recently, one of my lords and masters on the Potomac sent me a letter. Social Security Commissioner Kenneth S. Apfel wrote to say that, "We are pleased to send this Social Security Statement to help you understand what Social Security means to you and your family."

I'm glad someone is "pleased." Looking at the record of my payroll taxes over 30 years of working and what my saviors propose to grant me some twenty years from now, I am not "pleased." I am angry. I, and millions of others forced into this Ponzi scheme posing as insurance called Social Security, have been mulcted throughout our working lives and it will only be worst when we retire.

I am angry that, at the birth of Social Security some 65 years ago, an obscure amendment to the Social Security called the Clark amendment, which would have set up some competition between Social Security and private retirement systems, was eventually killed. Had it succeeded, and had millions of Americans been given the right to escape Social Security slavery, I might have avoided this.

I am not "pleased," Commissioner Apfel, that throughout my working life I have never been given the choice to opt out, comment on Social Security or suggest any amendments to this form of mindless socialism. But while I have generally understood this chicanery for years, it is seeing the record of one's work life--the tens of thousands of dollars that one was forced to "contribute" and how little one will actually receive in return--that effectively demonstrates, in black and white, the exact extent of this legalized theft.

Seeing one's Social Security statement is tantamount to being told your biggest asset was "invested" in the worst, most costly mutual fund around and now you have next to nothing. Of course, there is a big difference: One can get out of a rotten mutual fund with one phone call. If his highness Apfel and his gang of royal bureaucrats have their way, none of us will ever escape Social Security, even with a million phone calls.

Take my case. I am a middle-class person who has usually had multiple jobs throughout my life. Over 30 years, I have "contributed" some $75,000 to Social Security and about $16,000 to Medicare. Sometimes my employer has paid part of the bill. But like many Americans I have had independent contractor jobs in which I have paid the entire onerous payroll tax bill myself.

My paternal pal, Keeper Kenneth, says, if I stop working in 15 years and retire at 62, I'll get $1,062 a month. Wait eight more years and I'll receive $2,030 a month. Looking at competing investments in the private sector, one can see this Social Security program is pathetic and far inferior to what I would have received had I invested my retirement money in almost anything else.

Let's look at that some $90,000 that's goes down a rat hole over the past 30 years. Suppose, instead of being coerced into putting money into Social Security all those years, let's say I had been permitted to put $200 a month into a portfolio of stocks, bonds and cash. That's an amount which is about 20% less than what I have put in Social Security. And let's say I only earned an average 9% a year, which is a so-so return, but still would have been about 8% more than Social Security earns.

Still, at that pace, today, at the end of 30 years, I'd have $368,895 before taxes. And let's say, I continued on that pace for about another 10 years--I only put in $200 a month. And I am a mediocre money manager and only obtain an average of 9% a year on my investments--then I would have $943,286 before taxes at age 57. With that kind of money, I could afford the best disability and medical insurance around. I could invest the proceeds of my retirement account in a variable annuity and live very well for the rest of my life.

At that point, I don't have to wait until age 70 to receive Ayatollah Apfel's lousy little $2,000-a-month in the year 2,023. By the year 2,010, I would have had close to a million dollars in the private plan! And the money in a private plan is mine. It doesn't belong to some bureaucrat who writes me annoying letters explaining how lucky I am to have him taking care of my retirement. Why isn't Ralph Nader howling about this rip-off? Yet most of this could have been prevented if the Clark Amendment had not been killed by Social Security partisans in 1935. Why were FDR and his allies afraid of allowing some people to escape Social Security? "It would be inviting and encouraging competition with its own plan which ultimately would undermine and destroy it," said Senator Robert LaFollette, a Social Security partisan.

Today, 65 years later after Social Security has destroyed the chance of millions of Americans to attain financial independence, one wonders: Is it the job of the Social Security to ensure that average people don't become rich or better off? If that is goal, then the Social Security administration is doing an excellent job. And that is due to oppressive payroll taxes, which have been raised dozens of times in the past 60 years and will be raised many more times in the next few years if the system is allowed to blunder along, destroying thrift and promoting the paternalism of a government colossus that will care for us so much that countless millions of Americans will be impoverished.

And before we all end up collecting insignificant income from this pathetic program, we'll likely pay a lot more. We should also figure into this chicanerous equation the effect of inevitable payroll tax hikes. The Kerrey-Danforth Entitlement Commission of 1994 predicted that payroll tax rates would go from their present 15.3% to some 24% in the next thirty years.

Does one not believe this commission? Then why not listen to the analysis of a political sharpie of the first water--Clinton pal James Carville. In Craig Karpel's book, "The Retirement Myth," Carville was asked how the huge expected Social Security Trust Fund shortfall will be solved in the coming years: "It'll be like anything else in politics," Carville says. "There'll be some kind of compromise. Part of it will involve raising taxes, and part of it will involve cutting benefits." (page 38)

Not only will my Social Security payments be incredibly small, but I won't be able to count on even that! We are also not figuring that even these flimsy little payments that our keepers propose to give us will be taxed and that, given that the money is in fact not in the trust fund because there is no trust fund, the government will likely print more money and cause more inflation, further devaluing the pathetic little payments they give back to the taxpayers.

Santa Maria! Valgame Dios! If you run the figures, you realize that Apfel's letter shouldn't be entitled, "What Social Security Means to You," but how "Gregory Bresiger Was Ripped Off."