Voting: The Seen and the Unseen | Mises Institute
Skip to main content

GET NEWS AND ARTICLES IN YOUR INBOXPrint
A
A
Home | Mises Library | Voting: The Seen and the Unseen

Voting: The Seen and the Unseen 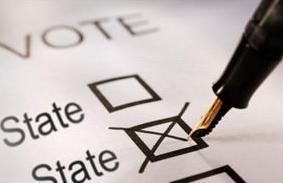 A certain line of thinking is all too prevalent among liberty-minded Americans. It runs as follows: "Candidate X may not be perfect, but he is better on domestic economic policy than candidate Y, and that is obviously what matters most for liberty." This way of thinking underlies "libertarian" endorsements of candidates such as Mitt Romney, and it implicitly throws the entire antiwar aspect of libertarianism under the bus.

This is in stark contrast to Ron Paul's way of thinking. Ron Paul may be in the Republican Party. But this by no means indicates that Paul himself would consider your average Republican to be better than your average Democrat in office. In fact, it is probably more likely that the prospect of the warmongering, imperialist neocons returning to full power is more frightening to Dr. Paul than the prospect of a Democratic domestic policy double-down.

Ron Paul, unlike some of his fans, never gave foreign policy a back seat to domestic economic policy: far from it. In his presidential campaign, he talked even more about ending the US empire than ending the Fed.

Moreover, Ron Paul wisely included foreign policy as an essential plank within his domestic economic policy, pointing out incessantly that the US empire is not only responsible for destruction abroad and insecurity at home, but it is also bankrupting and impoverishing us.

Foreign policy is an economic matter in another way as well. Foreign interventionists are essentially security-production socialists. For far too many conservatives, the same federal government that is too inept and corrupt to run a television station is somehow miraculously competent and virtuous enough to make the whole world a safer place through centrally planned invasions, occupations, sanctions, regime changes, and CIA ops.

Some may concede this point but argue that the danger of a new "New Deal" is more acute than that of a neocon renascence. But that is far from obvious, and is in fact rather dubious. What can be more acutely dangerous than an even more belligerent foreign policy that is more likely to lead to nuclear blowback?

When Murray Rothbard explained why he had rooted for (which is fundamentally different from endorsing) Lyndon Johnson over the allegedly "pro-liberty" candidate Barry Goldwater, he pointed out that Goldwater's advisers were crazy and wanted to "nuke Russia." Rothbard rightly said that problems like price controls "fade away" in significance in the face of prospects of nuclear conflict. There isn't much to price in a nuclear wasteland.

Rothbard, like Ron Paul, placed foreign policy center stage. Just as Ludwig von Mises was the Last Knight of Liberalism, Murray N. Rothbard was the Last Knight of the Old Right. As Mises was a laissez-faire Leonidas surrounded by socialists and money cranks, Rothbard was an antiwar Roland, fighting bravely and almost alone in the rear guard of the Old Right against the Cold Warriors of the New.

Rothbard spent much of the 50s writing an epochal economics treatise that made plain the case for the free market. However, by 1959, he was more concerned with matters of war and peace than with domestic economic policy. In that year, he wrote, "I am getting more and more convinced that the war-peace question is the key to the whole libertarian business," and that, in the face of an American arms budget exceeding $40 billion, "the fact that we might spend a few billion less on public housing or on farm support no longer thrills me."

Neither should the prospect of a "pro-business" candidate tinkering around the edges of the American welfare state (and probably actually expanding it) thrill, or even appease, libertarians in the face of American military spending which, in 2011, exceeded $700 billion.

This is not to let Obama off the hook. For one thing, Obama too is a horrible foreign interventionist. And even though he is somewhat less disastrous than Romney would be in foreign policy, that is only true in the short run.

Similarly, Romney, like Obama, is a horrible domestic interventionist. And even though he would be somewhat less disastrous than Obama in domestic economic policy, that is only true in the short run as well.

In the long run, if either is elected, the above impacts would likely be reversed.

Romney's big-government economic policies would sow the seeds of further crises and depression. Yet this failure would be blamed on his ostensibly "free-market" orientation, thereby giving capitalism a bad rap.

This has happened before. The reputation of, and prospects for, capitalism are still reeling from the presidency of George W. Bush.

Similarly, Obama's continued foreign meddling would sow the seeds of further conflict and global instability. Yet this failure would be blamed on his ostensibly "soft" foreign policy, thereby giving peace a bad name.

We have already seen this as well. The current wave of unrest in the Arab world is due largely to Obama's recent meddling in Libya, Egypt, and elsewhere. It is the US-sponsored Arab Spring recoiling, as springs inevitably do. Yet, this Arab Recoil is being blamed by many on America's failure to "lead" (i.e., meddle even more) under Obama.

So, if one were forced to vote for one or the other, the question would not merely be which cause is more important. The choice would also be between the short run and the long run. Are the short-run dangers so acute that they must take precedence, else there won't even be a long run to speak of? Or would it be foolish and myopic to grasp at a short-run palliative, thereby sealing our doom down the road?

Thankfully libertarians are not forced to vote for one or the other (at least not yet). And we should not feel obliged to, either. As many have already argued, the chances of a single vote determining who becomes president are virtually zero.

Moreover, even if one does not accept that line of reasoning, one must remember Frédéric Bastiat's injunction to consider both the "seen" and the "unseen." One must consider not only whatever effect you think a vote directly and narrowly has on this election, but also its indirect and broader effects.

For one thing, a vote helps provide a mandate for all of the elected officer's policies, whether the voter supports those policies or not. As one author has said, voting "just encourages the bastards."

Furthermore, every vote for a federal office is a vote for the hyper-state known as the US federal government, and for hyper-states in general. It is effectively an endorsement of centralized power and a vote of no confidence in localism.

And yes, this would be true of a vote for a middling libertarian like Gary Johnson, or even an exceptionally heroic individual like Ron Paul. True progress toward liberty cannot be achieved through the offices of a gargantuan state.

But most importantly, social change is fundamentally determined not by votes, but, as Mises taught, by ideology. And ideology is determined by the messages we communicate and teach, through our words and the example of our actions, not by the people we empower.

The example you set for your children and friends by voting to place a warmonger, a redistributionist, or any other rights violator (or anybody, really) into an inherently destructive office at the head of an inherently destructive hyper-state has impacts that will propagate throughout society and posterity like ripples in a pond, and will be far more significant than any direct impact it has on the election at hand.

Say you agree with me to an extent, and that you are indeed primarily concerned with sending a message. But say you want to send a message by voting, perhaps for a candidate you know will lose, but with whom you largely agree. Think very carefully about exactly what the message you are actually sending is. It may feel good to help a libertarian candidate rack up a surprisingly large vote tally. But if you thereby promote as a standard bearer for libertarianism a candidate who, for example, supports FEMA because "states aren't as well equipped" for disaster relief, you are only confusing the public about what libertarianism is, and thereby hurting the all-important cause of ideological change.

Seeking the ring of power that is the US presidency will only corrupt the libertarian movement. Election after election, the closer we get to that ring, the more will power-hungry opportunists glom onto the movement. Eventually the movement will become so corrupted that any office holders it elects will be libertarian in name only. Such careerists will not have the principle or the nerve to end the Federal Reserve System, abolish the welfare state, or dismantle the empire. The inevitable failure of such "libertarian" office holders to avert disaster for the country will discredit libertarianism irreparably.

Office-seeking is a dead-end road. Principled promotion of ideological change is the way forward. Once libertarian ideas take hold and sweep through the ranks of the thoughtful set, there will be no need for access to the halls of power. The parasitic state will slough off of society like so much dead skin.

The most effective way to promote liberty today would be to choose to abstain from voting and to tell everybody about that choice. If you are going to cast anything today, cast a few dollars toward a principled libertarian organization devoted to ideological change.

Let me tell you, the work of the Mises Institute is crucial. This is important. This is more important than all political action. We have to change people's hearts and minds, and their understanding of free markets and individual liberty. That's how we can change the world.