GET NEWS AND ARTICLES IN YOUR INBOXPrint
A
A
Home | Mises Library | Must Free Trade Be Reciprocal? 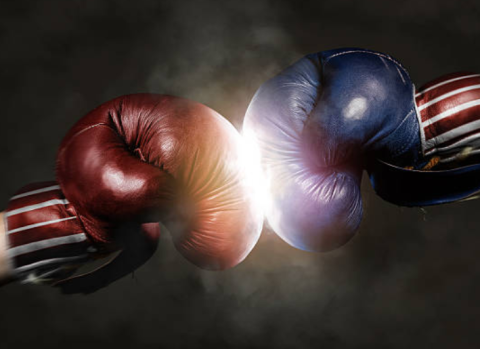 [This article, originally titled "Reciprocity," is excerpted from The Bastiat Collection (2011); it appeared in Economic Sophisms (1845).]

There are people (few in number, it is true, but there are such people) who begin to understand that obstacles are not less obstacles because they are artificial, and that our mercantile prospects have more to gain from liberty than from protection, and exactly for the same reason that makes a canal more favorable to traffic than a steep, roundabout, and inconvenient road.

But they maintain that this liberty must be reciprocal. If we remove the barriers we have erected against the admission of Spanish goods, for example, Spain must remove the barriers she has erected against the admission of ours. They are, therefore, the advocates of commercial treaties, on the basis of exact reciprocity, concession for concession; let us make the sacrifice of buying, say they, to obtain the advantage of selling.

The following apologue will demonstrate this.

There were, no matter where, two towns called Stulta and Puera. They completed at great cost a highway from the one town to the other. When this was done, Stulta said to herself, "See how Puera inundates us with her products; we must see to it." In consequence, they created and paid a body of obstructives, so called because their business was to place obstacles in the way of traffic coming from Puera. Soon afterwards Puera did the same.

At the end of some centuries, knowledge having in the interim made great progress, the common sense of Puera enabled her to see that such reciprocal obstacles could only be reciprocally hurtful. She therefore sent an envoy to Stulta, who, laying aside official phraseology, spoke to this effect: "We have made a highway, and now we throw obstacles in the way of using it. This is absurd. It would have been better to have left things as they were. We should not, in that case, have had to pay for making the road in the first place, nor afterwards have incurred the expense of maintaining obstructives. In the name of Puera, I come to propose to you, not to give up opposing each other all at once — that would be to act upon a principle, and we despise principles as much as you do — but to lessen somewhat the present obstacles, taking care to estimate equitably the respective sacrifices we make for this purpose." So spoke the envoy. Stulta asked for time to consider the proposal, and proceeded to consult, in succession, her manufacturers and agriculturists. At length, after the lapse of some years, she declared that the negotiations were broken off.

On receiving this intimation, the inhabitants of Puera held a meeting. An old gentleman (they always suspected he had been secretly bought by Stulta) rose and said, "The obstacles created by Stulta injure our sales, which is a misfortune. Those we have ourselves created injure our purchases, which is another misfortune. With reference to the first, we are powerless; but the second rests with ourselves. Let us, at least, get rid of one, since we cannot rid ourselves of both evils. Let us suppress our obstructives without requiring Stulta to do the same. Some day, no doubt, she will come to know her own interests better."

A second counselor, a practical, matter-of-fact man, guiltless of any acquaintance with principles, and brought up in the ways of his forefathers, replied: "Don't listen to that Utopian dreamer, that theorist, that innovator, that economist, that Stultomaniac. We shall all be undone if the stoppages of the road are not equalized, weighed, and balanced between Stulta and Puera. There would be greater difficulty in going than in coming, in exporting than in importing. We should find ourselves in the same condition of inferiority relatively to Stulta as Havre, Nantes, Bordeaux, Lisbon, London, Hamburg, and New Orleans are with relation to the towns situated at the sources of the Seine, the Loire, the Garonne, the Tagus, the Thames, the Elbe, and the Mississippi, for it is more difficult for a ship to ascend than to descend a river. (A Voice: Towns at the mouths of rivers prosper more than towns at their source.)

"This is impossible. (Same Voice: But it is so.) Well, if it be so, they have prospered contrary to rules." Reasoning so conclusive convinced the assembly, and the orator followed up his victory by talking largely of national independence, national honor, national dignity, national labor, inundation of products, tributes, murderous competition. In short, he carried the vote in favor of the maintenance of obstacles; and if you are at all curious on the subject, I can point out to you countries where you will see with your own eyes road makers and obstructives working together on the most friendly terms possible, under the orders of the same legislative assembly, and at the expense of the same taxpayers, the one set endeavoring to clear the road, and the other set doing their utmost to render it impassable.