GET NEWS AND ARTICLES IN YOUR INBOXPrint
A
A
Home | Mises Library | History of Science: Whiggism Gone Wild 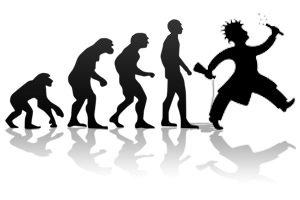 Excerpted from an edited transcript of "Ideology and Theories of History," the first in a series of six lectures, given in 1986, on the history of economic thought.

What are the implications of that? One implication is that you don't have to read a history of science unless you're an antiquarian. If you're a physicist in 1986, there's no point in reading some physicist from 1930; unless you're interested in the special conditions of what happened to him, you don't learn anything from it.

In other words, you never lose any knowledge. The theory is that, every step of the way, science patiently tests its assumptions and premises; it discards those that turn out to be unacceptable, false, and adds those that are acceptable. Everybody's always patiently testing their axioms, steadily advancing. Therefore, there's no loss of knowledge.

The current textbook then incorporates all the best of everything from the year zero to the present. This is the theory, at any rate. Here, the famous Kuhn doctrine I think comes in very neatly, the famous paradigm theory of Thomas Kuhn from The Structure of Scientific Revolutions. He effected a revolution in the history of science.

Kuhn has caught a lot of flak on his philosophy of science, which he claims he doesn't really have. I think he's not interesting as a philosopher; he is interesting as a historian and a sociologist of science, asking, How did science actually develop? And essentially what he says is that this linear, step-by-step stuff isn't the case. First of all, nobody ever tests their basic axioms, ever. That's of course obviously true. That's of course obviously true. Once an axiom (or a "paradigm," as he put it, a set of basic beliefs) is adopted, people just apply it. Now, various peripheral matters or "puzzles," he calls them, come up, but anybody who challenges the basic paradigm is considered not a scientist. Not that he's refuted, I think, just out of the dialogue: he's had it.

So this pegs on for a while until various anomalies pop up until the theory begins obviously to fail in explaining a lot of stuff, and then there's a crisis situation, as he calls it, where confusion and competing paradigms come up. If some new paradigm can solve these puzzles better, it then begins to take over and establishes a new paradigm, and they forget all the rest of the stuff.

Now, he is alleged to have said that no paradigm's any better than the other. I don't think that's true. But at any rate, the interesting thing, what happens here is that you lose knowledge. Even if this paradigm's better than that, often stuff gets lost along the way. One example is, of course, Greek fire. We didn't know until very recently what Greek fire was. We now know it's like flamethrowers, but we only found that out when we invented flamethrowers.

In 1900 nobody knew what Greek fire had been. Another example of course was the Stradivarius violin varnish, which nobody can duplicate, because you can't test everything, can't figure out the composition — secret formulas, in other words, which get lost.

These are obvious, blatant examples. A friend of mine in the history of science says there are certain laws of 18th-century optics that we've forgotten. We know less about certain areas of optics than they did in the 18th century. At any rate, when we get to the social sciences and philosophy, this is much more true.

By the way, another thing I should say is that the old guys never change, they don't shift to the new paradigms, usually. The old guys will stick to it until they die. The people who adopt the new paradigms are the younger people — graduate students, college students who are not intellectually locked into the old paradigm.

A famous example of that is Joseph Priestley, the late-18th-century libertarian and physicist, who discovered oxygen, and refused to believe it was really oxygen. He was so locked into the Phlogiston theory that he said it's only dephlogisticated air. He refused to acknowledge the implication of his own invention, his own discovery. Incredible. At any rate, this is very typical.

This is why, by the way, strategically, if you're an Austrian, you shouldn't spend time trying to convert Paul Samuelson or Milton Friedman. These guys are not going to be converted: they're locked into their paradigm. You convert people who are just coming up, new people, people who are on the fence. Graduate students, these are the people you can convert. Don't waste your time trying to convert Samuelson or Friedman or whoever the other paradigm people are.

So the war is for the souls of the people coming up, so to speak. Obviously, it's pretty clear that in social sciences, economics, philosophy, etc., there's even more of this, because there's less testable stuff, obviously. If this is true in science, physical science, which I think it is, it's all the more true in social science, and economics, where you can really lose knowledge very rapidly because you can replace a good paradigm by a lousy one.

It may be difficult to do it in physics, but it's certainly very easy to do in philosophy and economics and political thought. It's very easy for a new paradigm to get established for one reason or another that has nothing to do with its truth value. It could be fashion; it could be politics; it could be the king; it could be throwing all the old paradigm people into the Lubyanka, and whatever.

So reading history of economic thought (of philosophic thought even more so) is not just of interest for historians to see how a theory developed. It is of interest also to find out the truth, because somebody in 1850 might be better than somebody writing now — matter of fact, usually is — in economics, philosophy, and whatever.

In almost every textbook, a hallmark would be this: Any group, whoever they're talking about, any group has something positive to contribute to the building of economics. Whatever, even if they're totally contradictory — one group is obviously nutty — doesn't make a difference. They're not nutty; they're part of the "great dialogue." So any group then takes their place. Whoever you're talking about — the French, the Scholastics, the British classicists, the Austrians, the Keynesians, institutionalists, they're all great guys. They're all somehow contributing to a great edifice.

The historian of economic thought who says this is "noncontroversial," undogmatic, a nice guy, because he likes everybody. He's "tolerant."

The fact that he's got it wrong doesn't seem to make much difference.

It seems to me these histories are almost worthless. It's true that even a Whig approach can sum up what each group says, what each person says, but that's not really enough. It seems to me the historian should be critical, should find out, "Is this guy wrong?" or "To what extent is he wrong? Is he right? What's going on here?" Especially in economics or philosophy, where it's not just the cut-and-dried thing, where we now have the laser beam, and before we only had rubbing two sticks together.

By the way, probably the worst example of this sort of thing is the Leo Straussian doctrine in the history of liberal thought. Leo Strauss was a German refugee, came to the University of Chicago and set up what can only be called a cult group of Straussians, and all very self-consciously Straussian. "Follow the master in all things," etc.

Then they say, "Since this guy is a great figure, he must've been consistent. Why does he have to be consistent? Well, he's a great thinker? Who am I, a schnook professor, to challenge the greatness of this guy?" The assumption is this guy's a great thinker.

Most of these guys are very inconsistent. They contradict themselves on every page. Keynes did this all the time.

It looks as if he contradicted himself, say the Straussians, but he couldn't, because he's a great thinker and therefore consistent. So we have to look for the "deep inner consistency." The deep inner consistency amounts almost to astrology. It's numerology. Strauss will say if you take the fifth book of Machiavelli's Prince and compare it with the fifth book of the Laws, it's this number magic, you see, the five, you look for the deep things, really explain what he's saying. It's really bizarre.

Whiggism gone hog wild. And he desperately, actually, thinks everybody's great, and consistent as well as contributing to the edifice of thought.

The real vice is the other way around. The real vice is to think everybody's great and everybody's true in some sense. To paraphrase one of my favorite quotes from Oscar Wilde, Miss Prism, in The Importance of Being Earnest, was asked whether her novel — she'd written a three-volume novel — whether it had a happy ending or not. She drew herself up and she said, "The good ended happily, and the bad unhappily. That is what Fiction means."

Of course, I would say with Lord Acton that the role of the historians is to praise the good and denounce the bad; that's the meaning of History. Acton says the muse of the historian is not Clio, the official Greek muse of history, but Rhadamanthus, the avenger of innocent blood.

Acton went on to say, "The historian must be a judge, and a hanging judge at that, to right the wrongs of history."

Excerpted from an edited transcript of "Ideology and Theories of History," the first in a series of six lectures, given in 1986, on the history of economic thought.