GET NEWS AND ARTICLES IN YOUR INBOXPrint
A
A
Home | Mises Library | Government Codes vs. Innovation 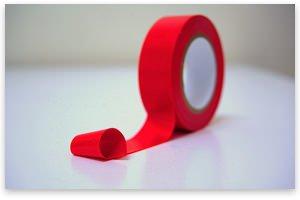 American society is addicted to safety. For some reason the country decided that the highest and best priority as a nation is to avoid the risk associated with life. Everywhere a person looks they are surrounded by innumerable safety devices to protect themselves from the evils of modernity.

From the moment one is introduced to the world as an infant, there are safety latches on cabinets and standardized cribs to keep children from dying. It follows the American through life and has created a culture entirely dependent on the mysterious illusion of the "someone" or "something" that will protect them from the evils of the world.

The inherent nature of public safety in America today is reactive. One can't anticipate what the dangers of something will be until after an accident has occurred. The typical cycle goes like this: A new product is offered to the public that follows all of the current safety codes available to its creator. An unforeseen accident happens. An outcry is heard from the media and the masses that "something has to be done" to protect us from this evil that has readily been consumed. A council is established to evaluate the issues associated with the "obvious" safety issue. A new code is established to prevent the last tragedy along with a new regulatory enforcement agency to make sure all the new codes are being adhered to.

There are examples of this cycle throughout the manufacturing and service sectors. Nearly everything one can buy in today's marketplace, from mattresses to laptops, is adorned with safety labels and warnings.

The counterargument from the statist is this: "Yes, but these warnings exist to stop some capitalistic creep from harming someone while trying to make a buck!"

No one is denying that there are capitalistic creeps who willfully take advantage of the system, but the issue isn't with the creep — the system itself is faulty. Its very premise is that one should be able, without any personal responsibility, to purchase products or services in blind faith, confident that someone is looking out for them.

There have always been snake-oil salesmen. But in the past, people used to tar and feather those who ripped them off — not allow them to stay in business with a different kind of oil.

What the current system has created is an imperative that businesses find loopholes or become collusive. All of a company's efforts become focused on how to manufacture its product at a low price and find a way through or into the most recent code. (This doesn't imply criminal intent; finding a loophole is often the difference between surviving in the market and folding up shop.) That there are loopholes or ways of meeting only nominal standards of safety defeats the purpose of the regulations.

But our system also fosters other dangerous, unintentional risks. Think of the recent mining accident in West Virginia, the oil rig explosion in the Gulf of Mexico, or the so-called fruit-of-kaboom bomber. The commonality in all cases is that the safety of employees and consumers was in the hands of a preestablished government agency that was supposedly ensuring safety.

When a government agency fails, does it face the threat of bankruptcy or sacrifice as a result of its failure — as would any private agency in charge of such weighty matters? Of course they don't. Instead, they are generally awarded more money and a larger scope of powers to make sure it doesn't happen again.

The argument most often advanced is that only government will have the impartiality to witness the poor safety practices in the free market. If the government were not there, many argue, greedy corporations would run unchecked, raping and pillaging every consumer they could with the might of Sherman in Atlanta.

Mark Thornton's article on the private production of safety points out the flaw in this thinking. One of the most respected testing laboratories in the country is privately owned, called the Underwriters Laboratory. As Dr. Thornton writes,

The very existence of the Lab debunks the common civics-text view that, without government intervention, private businesses would seek profit without regard for safety; thus, bureaucrats have to police markets to impose a balance between private interests and the common good. The government, according to this view, is the only thing standing between us and unceasing fatal accidents.

This myth has been consistently debunked through real-world circumstances, yet it remains firmly fixed in the psychology of American workers and consumers. Coal miners go to work with an artificially bolstered confidence simply because there is a Mine Safety Administration monitoring their situation. Deep-sea oil workers have misguided confidence in their equipment because the derrick they are on recently won an award for safety from the federal government.

The Case of Housing Codes

Another unintended consequence of state codification of safety are the resulting disincentives to innovate. Instead of putting efforts toward the risky endeavor of product innovation, a business is forced to put its effort towards finding a way to meet or overcome the code.

There is no better example of this than in the housing industry. Very few people realize that a political nonprofit organization has established an international code and body to govern the construction of houses. This group is lobbying the government to establish uniform codes throughout the United States. This collusive device has been established to empower the government at all levels to dictate how a home should be constructed and what safety measures should be implemented.

Corporations, understanding the power of a universal housing code and its governing bodies, have made an effort to get their products and brand included in the code. (Tyvek house wrap, Simpson Strong Ties, and DOW blue board are just a few of the major companies who have their product mentioned by name in the code.) Major changes occur in this code every two-to-three years that require homebuilders to revise their plans, layouts, and product selections in order to meet the code.

Instead of spending time on adapting their product to the desires of consumers, homebuilders are busy adapting their homes to the code. Innovation is the victim. Most homebuilders don't have the staff to introduce innovative plans while also ensuring that they keep up with code.

In fact, many construction companies don't draw their own plans, so they hire an architect to revise the plans, and then they essentially throw good money after bad just to comply with the current international code (which is almost always adopted by the local jurisdiction without question). That same money could have been used to redesign a plan to be more in line with the market's desires, or to hire that same architect to use his or her creativity instead of his or her technical skills. Architects must instead set aside their creativity, kowtowing to the power of the bureaucracy rather than pleasing consumers.

This code often is held up — especially by establishment entities such as the American Institute of Architects — as a stimulus that will invigorate the building-and-design industry. Yet these groups lobby for it because it promises a consistent flow of income and makes them essential to the homebuilding process. Without an architect, it is argued, how could a building be safe? For what reason would a homebuilder have any vested interest in privately monitoring the safety of his clientele?

The lack of innovation in homebuilding is largely the result of having to spend money on old ideas. Is anyone really safer because stair risers have been lowered a half inch over the last eight years? It may sound silly to discuss, but it is a fact that every homebuilder in the nation has had to revisit and change plans to accommodate the new standard.

The latest international code calls for every home to have a residential sprinkler system, regardless of the size of the building. Mostly, this ensures that more stuff will end up wet than prevented from catching on fire. While these expensive systems will put out some fires, they will also cause incidents of severe flooding and perhaps other, unforeseen consequences that are yet to be realized. Enormous amounts of money in homeowner's insurance will be spent because of system failures, and we will all be worse off as a result.

However, it's a perfect scenario for our would-be regulators of public safety. More fear, another commission, another code, another villain.

The response will not be to allow the marketplace to decide what is most desired by homeowners (undoubtedly most would remove or opt not to install the sprinkler systems). Instead, expect a mandated code that all homes include a massive bucket to accommodate the inevitable flooding. Economics is the study of the unintended consequences; codes are merely the inadequate and disproportionate reaction to the unintended consequences. The victim is liberty.

Aaron Everitt is a home builder in Northern Colorado. He is active in libertarian politics.